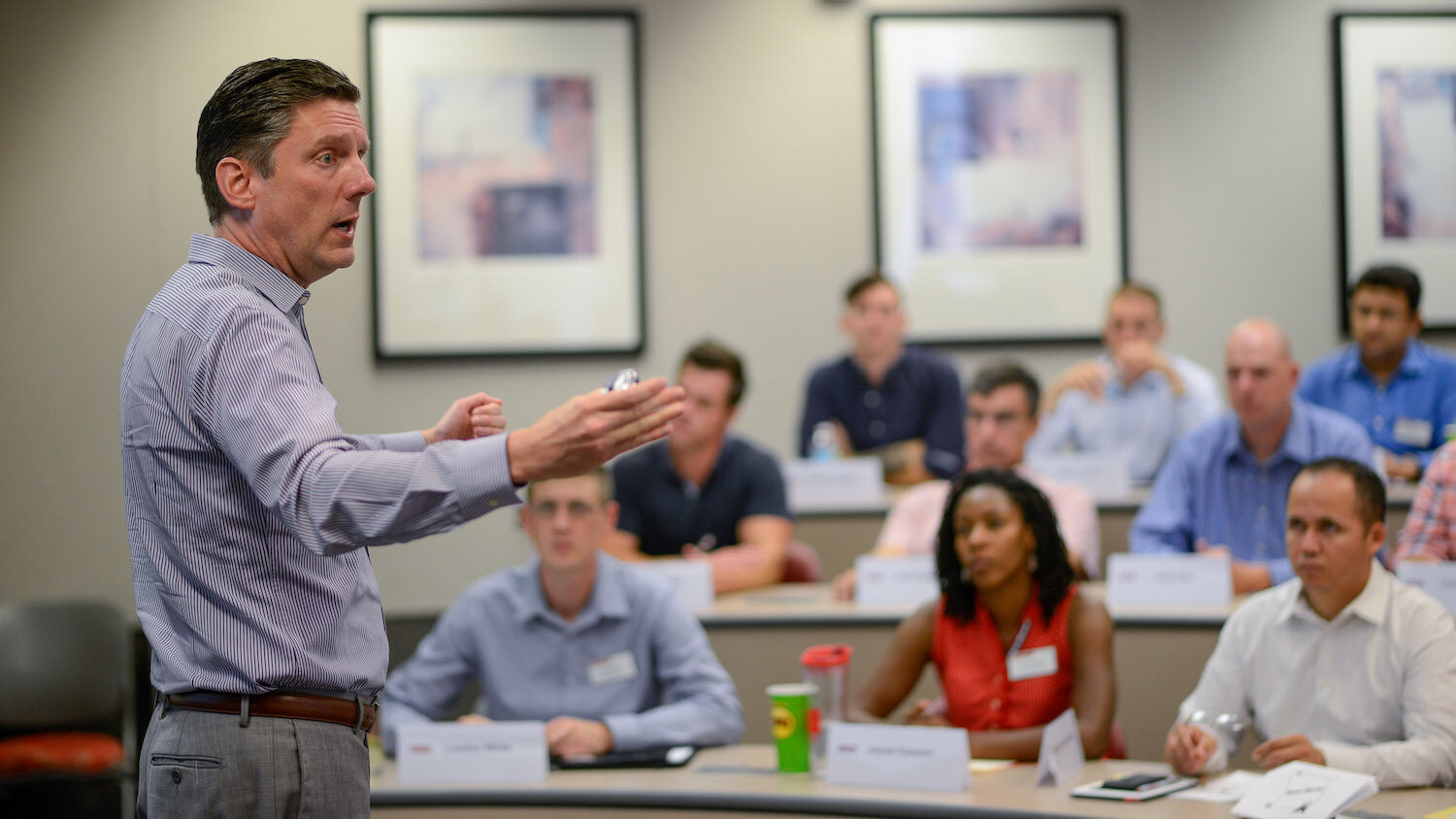 Unless you work in a manufacturing setting where teamwork is done side-by-side, the vast majority of 21st-century workplaces have some level of virtuality to them; that is, team members work together on tasks while physically separated from one another. And while most companies would hold occasional in-person, conference-room meetings, an average employee’s day-to-day work is conducted through email, phone or video conferencing.

In other words, virtual work is not a new experience.

However, for the first time in history, the majority of workplaces around the world shifted to a fully virtual environment – many of them with little warning. As a result, Brad Kirkman, Ph.D., General (Ret.) H. Hugh Shelton Distinguished Professor of Leadership in the Management, Innovation and Entrepreneurship department at Poole College, is fielding inquiries from business leaders struggling to lead their teams in a new, entirely virtual work environment.

“If you think you yourself can provide all the leadership required to successfully lead a virtual team, you’re setting yourself up for failure right from the start,” Kirkman says. “One person cannot do everything required to be a leader in a virtual environment. So if you’re a micromanager with control issues, you will not be able to lead well in a virtual team setting.”

Leaders must, explains Kirkman, practice empowered and shared leadership by allowing team members to take on some of the leadership responsibilities they would typically oversee in a face-to-face setting – such as rotating team members’ responsibility for sending out the agenda, facilitating a meeting or taking notes.

“Virtual teams are like face-to-face teams on steroids – they are more cumbersome and provide more opportunities for team members to lose touch, become demotivated and feel isolated,” Kirkman says. “I spent time partnering with three companies – Cisco, Alcoa and Sabre – to examine their virtual team operations, and came away with three best practice areas virtual teams should focus on – leadership, structures and communication.”

Leadership, Kirkman explains, begins with how a team is designed – which includes everything from who is included on the team, what their roles are and which technologies and performance metrics are used.

When Kirkman partnered with the travel reservation company Sabre, he realized the company’s leadership focused on technical skills over people skills, falsely believing that if employees were working remotely, soft skills were less important. They found the opposite to be true.

“It seems counterintuitive, but people need to have better soft skills when they don’t have the benefit of face-to-face communication,” Kirkman says.

Significant effort must be spent on building camaraderie within virtual teams. Without the benefit of post-work happy hours at the pub down the road, leaders need to be creative in finding ways to bring their team together in informal settings. Kirkman recommends finding a team building tool that allows employees to work closely together on a common goal while also building skills – such as using a simulation program like ExperienceChange™.

Another key point for leaders to consider is the structures the team has in place to support healthy team processes – including coordination, collaboration, conflict management and decision making.

“We need to look at every process we use to get our work done,” Kirkman says. A helpful way to get a virtual team on the same page, he says, lies in creating a team charter, which is a written document that specifies the team’s purpose, vision, mission, goals, roles and shared terminology. Without face-to-face reinforcement, it is easy to lose sight of the big picture – making it even more important for teams to have their charter written down where everyone can refer to it.

Having a shared vision and language, and leaders who are regularly checking in on team members, is especially important for diverse teams.

“When we studied Alcoa’s virtual teams, which were highly diverse in terms of nationalities, we found it was even more important for leaders to play an active role keeping a pulse on how its employees were feeling,” Kirkman says. “Not only that, we found that the more diverse a team is, the more the team benefits from richer communication tools. Clearly we know face-to-face is the most impactful way to communicate, so when that’s not possible, video conferencing is the next best thing, especially for highly diverse teams whose members need to communicate accurately to be able to get on the same page.”

Kirkman also cited research that found that the most successful virtual teams banned the use of email for team communication. “With large group emails, someone inevitably gets left off or important information is buried within a thread of other emails. It’s just not an effective way to communicate with a whole team,” he says.

Instead, discussion threads in tools like Slack or Yammer provide users with a social-media type feed where they can stay up-to-date on the latest happenings and how their team members are reacting in real-time.

As for virtual team meetings, Kirkman reminds business leaders that what happens before, at the start of, at the end of and in-between meetings is most critical.

“You need to pay attention to the actual meeting itself, of course, but what happens all around the meeting in a virtual setting is just as significant,” Kirkman says. “I recommend leaders always take the first five minutes of any meeting for small talk – allow the team to chat, celebrate personal accomplishments and news and build that camaraderie that comes with being a team.”

“I always say a well-designed team can survive a bad coach, but you can never coach a team out of its poor design,” Kirkman says.

This post was originally published in Poole Thought Leadership.

The latest installment of the PNC Thought Leadership Series explored financial security and how to make it an attainable goal for most people.